After manual adding some extended values in the v12 field, my calculated v9 displays wrong values (only for the uploaded time recordings). From what I see, the formula is ignoring v1-v6 values.
The rule is not using the v12 value, so I have no idea why is influenced (v9=v4-v7-v8;)
I tried manually updating the v9 fields but being calculated, are overwritten by the buggy formula. 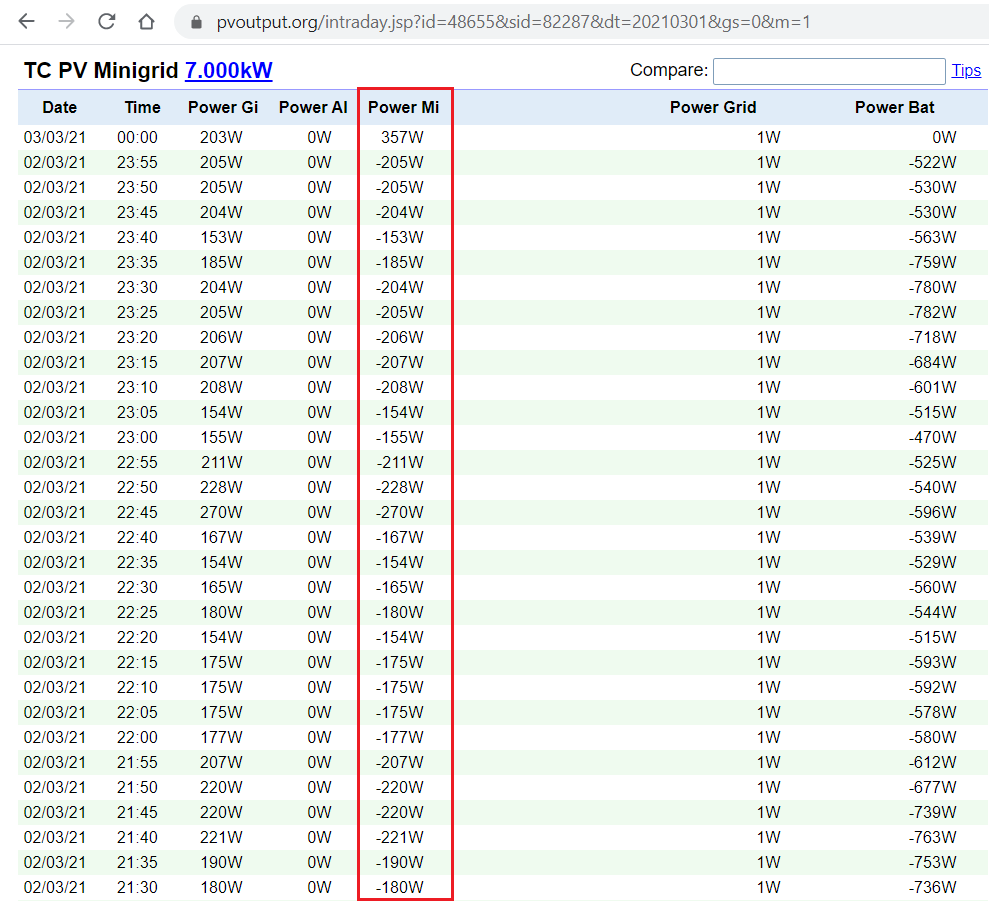 I changed my uploader to send the v9 value already calculated and removed the rule from PVOutput. I will upload the correct values by hand.

I could be wrong about how to write a formula but I believe that there needs to be spaces either side of a sign or operation. V9 = V4 - V7 - V8 as opposed to what you show above. I have been confused about the syntax for formulas here and they seem to differ for different places on this site. I think it has to do with how the formula is parsed by the site.
I have asked about some of them and get a rather off putting answer as if I were really stupid if I didn’t know how to do it. Good luck.

The formula works without spaces. The problem appeared when I used the “Add output” option and uploaded manually some CSV values for a few live recordings. The formula substituted all V1-6 values with 0 for those times.

I changed in the uploading software, to send V9 already calculated and solved the problem from my end, but it should be looked into and fixed for others.

Can you confirm this is only an issue after manually adding extended data using Live Loader?